Bronco gave us many funny and exciting stories to tell. The book I wrote “The Life and Times of Le Bronco von der Löwenhöhle” feature several dozen stories. I’ve told a few of them here in my blog, but it was early on before I had many followers and I think most of you have not seen them. Instead of telling too many of the stories in the book I’ve decided to rerun some of the stories I’ve already told here in my blog, with some improvements, such as better images. Images that were used in the book (the images previously used in my blog were low-resolution early versions). This story is about the time when our Leonberger Bronco saved us as well as the neighborhood from a peeping tom who haunted and taunted us at night. Here we go!

It was a quiet evening, and I was home alone. My wife, Claudia, was visiting her parents a few blocks away with Rachel, our daughter. Our son Jacob was meeting with his debate team; our other son, David, was visiting a friend.

I was making myself a ham sandwich in the kitchen when I suddenly felt a hand on my right shoulder. I startled and turned my head to face what I feared was an intruder, and there he stood on his hind legs—our Leonberger, Bronco. His big paw on my shoulder felt for a moment exactly like a human hand.

Bronco looked at me with his kind, wise eyes, then he looked at the sandwich. Then he turned his head toward me again and held my gaze. At that moment I understood what he wanted. I cut the sandwich in two and gave him his half.

I should explain that we had a problem with a trespasser at that time, which was the reason I was startled. This trespasser would sit outside our bedroom window at night and make threats and shout obscene comments at Claudia when I was not present. At first, though, we didn’t know where the threats and comments were coming from. I doubted Claudia’s accounts of these incidents, especially because she thought the voice might be coming from within our bedroom, perhaps via an electronic speaker. I thought she was just having nightmares.

Then one night I heard it myself—a voice screaming, “I am going to burn your house down!” Just as Claudia had said, it sounded like it came from within our bedroom, almost as if it were right next to me.

After Claudia and I went through our “Oh, so now you believe me” routine, I started looking under our bed and inside the heating and air-conditioning vents for hidden speakers and/or microphones. It was hard to believe that someone had planted these things in our bedroom, but that seemed to be the case.

Then it finally dawned on me. Next to the headboard of our bed, on Claudia’s side, just inches from her pillow, is a window. At night, when the blinds are lowered and the slats are partially open, you can see in, even if we have just a few lights on in the house. But, of course, under these conditions, you can’t see anything that might be outside.

I ran out the front door and around the back of the house, and there, right in front of our bedroom window, was one of our lawn chairs. The trespasser had climbed our fence, taken the chair, sat down in front of the window, and spied on us. Whenever I left the room, he would shout obscenities and threats at Claudia. When his face was planted in front of our window, he was just two or three feet away. This was why the voice felt so close. This had been going on for two weeks. We were happy to have finally figured it out, but we realized we had a problem.

We talked to our neighbors about the situation, and they told us that the trespasser had terrorized them as well. He had been quite busy looking through bedroom windows at night. People in the neighborhood were scared. I called the police, who told us they could do nothing unless the man was caught in the act or he committed a crime other than trespassing.

Therefore, I decided to hire private investigators. I found them in the phone book. Phone books still existed back then.

The investigators told me that they typically spy on people suspected of cheating on their spouses, so this would be a more interesting job for them. The plan was for them to hide behind the bushes in our backyard and in a dark car parked on our street. When the man appeared, they would record him on video. They had a lot of fancy equipment and instruments, including big microphones, cameras, and metal detectors. They reminded us of Ghostbusters with all their technology and enthusiasm. They clearly loved their job. Unfortunately, though, the trespasser didn’t show up, so after a couple of days I decided to let the investigators go.

However, I soon figured out who the trespasser was. I started paying attention to what was going on in the neighborhood, and one evening, I noticed a strange looking but relatively young man, apparently homeless, who seemed to be stealthily roaming our neighborhood. I did not confront him, because I had no proof.

But a few days later, I heard shuffling noises outside our bedroom window. The trespasser was finally back. This time I sent Bronco out to chase him, and he did. Like the detectives, Bronco was enthusiastic but didn’t catch him. Still, he chased the man off. Having a big bearlike dog rushing toward you at night is probably a bit unnerving, even if the dog just wants to lick you. We never experienced or heard about the problem after this event, so Bronco may have helped the entire neighborhood.

A couple of weeks later, while walking Bronco on a neighboring block, I saw the homeless man across the street, at a bit of a distance. He stared at us in fright. Bronco just calmly looked at him without barking. The man was clearly terrified of Bronco, and he ran away.

But despite the nightmare the homeless man had inflicted on us, I felt sorry for him. My guess is that he was suffering from mental illness and that he had had a very tough and lonely life.

Finally, I would like to promote my book about Bronco and Leonbergers.

Below is a list of where you can find the book. Click on the links to go to the respective store. However, if your favorite bookstore is not listed below you can search for it using the ISBN or ASIN numbers.

My name is Thomas Wikman. I am a software/robotics engineer with a background in physics, but I am currently retired. I took early retirement. I am a dog lover, and especially a Leonberger lover, a home brewer, craft beer enthusiast, an amateur astronomer, I’m learning French, and I am an avid reader. I live in Dallas, Texas, but I am originally from Sweden. I am married to Claudia, and we have three children Jacob, David and Rachel. My blog feature the crazy adventures of our Leonberger e Bronco von der Löwenhöhle as well as information on Leonbergers

Beautiful dog, and I’m glad he chased the peeping tom away. 🙂

What a great story. I think I love your dog.

Thank you so much Jacqui. I like people loving him.

Thanks. Nice post. I’ve always been a dog man, but then two kittens fell into my yard and so now the kittens and dogs sleep together and I’m coming around to thinking about them as dogs who look like cats. I guess it can happen. Thanks again. Duke

Ha ha that’s interesting. I have to admit I’ve never had cats but I am allergic to cats. I wish I wasn’t.

Thank you so much Gwen

Reblogged this on Creative Writing Course: How to Write Creatively: Those who can, do; those who can't, teach. Those who can’t do either (or perhaps ANYTHING) , just write” (a lot)!.

Thank you Craig for the reblogg

Thanks, Thomas
“One cannot always tell what it is that keeps us shut in, confines us, seems to bury us, but still one feels certain barriers, certain gates, certain walls. is all this imagination, fantasy? ….”

Thanks for the/another follow(s) and/or the ‘likes’

IF you want to go on a journey (destination unknown), you can follow me. Thanks and enjoy the trip.

happy travelling
“early bird (very) Sleepy-head” craig (here in “Sleepy Hollow”)
“I travel not to go anywhere, but to go. I travel for travel’s sake. The great affair is to move.”
– Robert Louis Stevenson

http://www.craigsquotes.wordpress.com + my third book ‘Here, There and Everywhere’

“Do not go where the path may lead. Go where there is no path and leave a trail”
-Emerson
of confusion + CHAOS (at least in the “real world” and hopefully NOT cyberspace too) 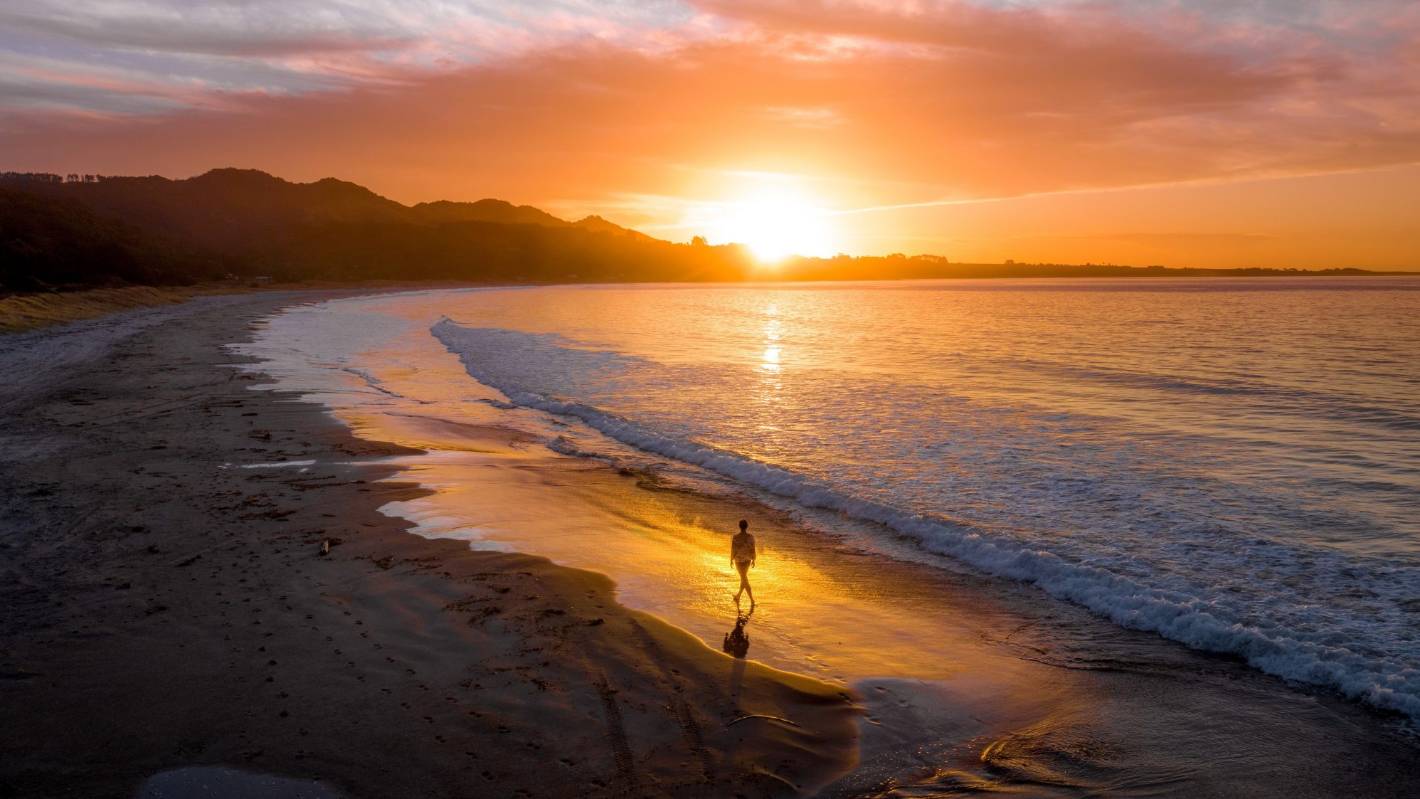